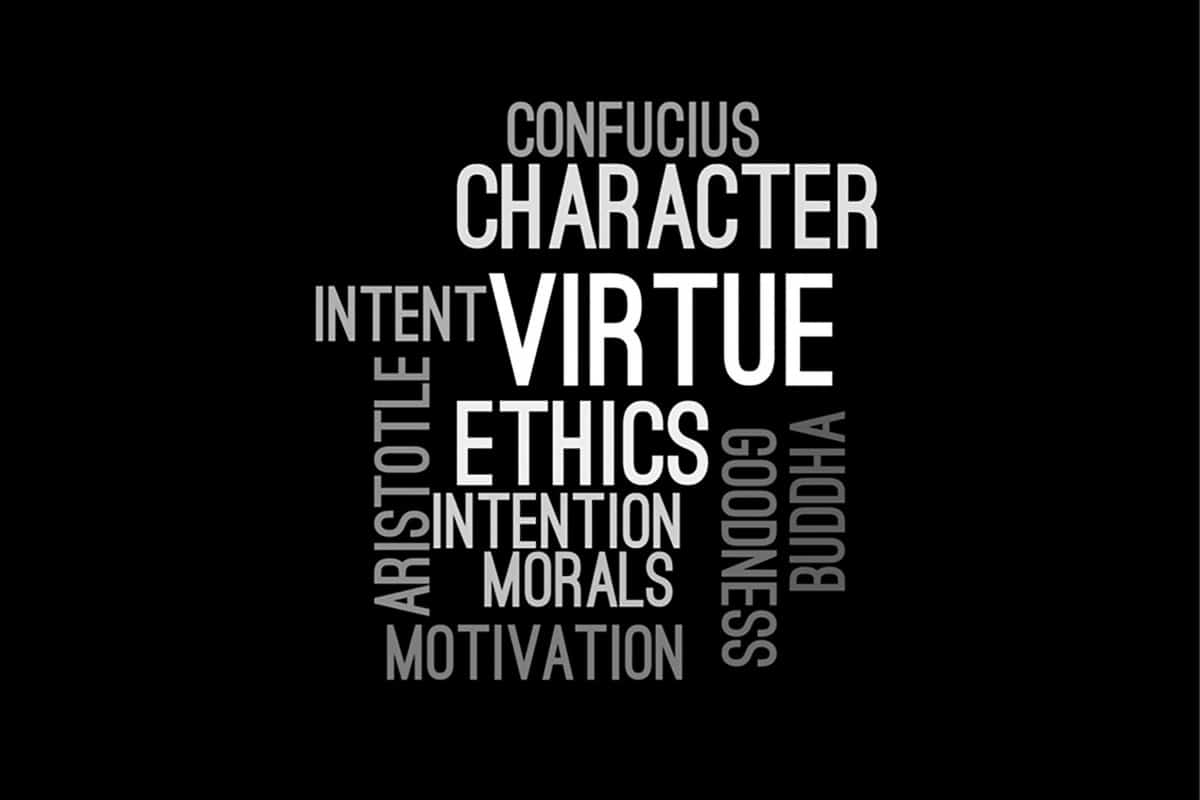 Businesses must establish a clear set of values that promote ethical practices and social responsibility. In today’s business climate, companies are increasingly under scrutiny by private citizens. A company that builds its foundation on sound principles will have a better chance of staying competitive in a volatile market.

Business ethics are considered to be the blueprint for building a successful organization. If an organization is built on socially responsible values, it will be stronger than an organization that is built on profit alone. More than just a positive reputation, the core ethics of a business dictate how every decision, process, and procedure will take place. This steadfast governance applies even if the business faces hard times or difficult situations. Some will even argue that businesses require full transparency in today’s world.

Over the last few decades, numerous cases of bad business practices have made headlines. From McDonalds’ funding of President Nixon’s campaign in an effort to reduce workers’ wages in the 1970s, to the more recent case of Uber employees alleging sexual harassment and the company’s CEO having a public meltdown in the back of a driver’s car, there’s no shortage of ethics-related problems in the business world. Businesses are more than people working together to offer a product or service. Businesses are often viewed as entities that should protect stakeholders from unethical behaviors and activities. A set of governing rules should be in place to set the bar high for ethical compliance in every organization.

Why Is Corporate Ethics So Important in Business?

The idea of business ethics may seem subjective, but it comes down to acceptable levels of behavior for each individual who makes up the organization. This behavior must start at the top with responsible actions demonstrated by leadership. By doing so, leaders create a set of rules that are to be followed by others in the company. These rules can be based on the deep values that the company has concerning the quality of products and services, the commitment to customers, or how the organization gives something back to the community. The more a company lives by its set of ethics, the more likely it is to be successful.

Anna Spooner, who writes for LovetoKnow, shares tips on how to evaluate whether or not an organization is creating ethical practices by determining the impact of each practice. Some examples include:

Executive compensation rates during employee layoffs. Let’s say a company is struggling during an economic downturn and must lay off a portion of its workforce. Does the CEO of the company take his or her annual raise or take a pay cut when others are losing their jobs? One could say that to take a raise is unethical because the CEO should also sacrifice some pay for the good of the company.

Ethical business practices, guided by a corporate set of standards, can have many positive outcomes, including recruitment and retention improvement, better relationships with customers, and positive PR. In 2015, Dan Price, CEO of the Seattle payment processing firm Gravity Payments, voluntarily took a huge pay cut and vowed to raise his employees’ wages to $70,000. This move was great for the company, which claims that revenues and profits skyrocketed, and they experienced a 91 percent employee retention rate over the last few years.

On the opposite side, unethical business behaviors can have a negative impact on any business. Even if an unethical decision is made by a single member of the executive team, it can have far-reaching repercussions.

Some possible results of unethical business actions may include:

Poor company reputation. In an increasingly transparent world, unethical decisions made by businesspeople become permanent stains on the company. Social networks have become sounding boards for anything deemed unethical or politically incorrect, and everyone from disgruntled employees to dissatisfied customers can rate companies on public company review websites.

Negative employee relations. If employees continually see a discrepancy between what’s expected of them and how leadership behaves, this contrast can create serious problems in the management of employees. Some employees may become disengaged, while others will stop working as hard. After all, if the same rules don’t apply to everyone, why even bother? The downside to negative employee relations is that the entire company becomes less productive, less responsive to customers, and less profitable.

Recruitment and retention problems. Once a company has developed a negative reputation, it can be difficult to recruit new talent, let alone retain the talent that’s already there. Disengaged employees who grow tired of the double standards will leave. This attrition can impact customers who then have to deal with less experienced and less interested employees, who are already overworked and frustrated.

Company credibility lost. Customers are savvy enough to follow what’s going on from an ethics standpoint. If they hear of a problem, they begin to question the actions of every person at the company. For example, if a member of the board is accepting expensive gifts from clients in exchange for favorable pricing of materials, this situation could set off major alarms for other customers, and even vendors. The company can expect to lose business if this unethical behavior continues.

As you can see, poor ethics can quickly spiral downward, destroying every aspect of the business and making it very difficult to compete. It’s critical for every business to pay attention to ethical standards and continually remind employees at all levels that their behavior has an impact on the entire organization.

The concept of corporate governance is relatively new compared to the entire history of free trade and business formation. There was likely some “code of honor” followed by businesses in the past, but it wasn’t until the 21st century that greater attention was paid to how companies operate and how the operation impacts employees and the communities in which they serve.

According to the Ethics and Compliance Initiative, which is comprised of organizations that are committed to creating best practices in ethics, each decade has been influenced by external factors, such as war or economic turmoil, combined with major ethical focal areas, and the result has been the development of ethics and compliance programs. For example, in the mid-1980s, the United States was thrust into a recessionary period. During this period, government contractors were billing outrageous amounts for equipment and services, further increasing the government’s deficit.

At the same time, larger companies began downsizing to cut costs, which eroded the trust that employees once had. People felt the need to look out for themselves. Greed appeared to be everywhere, from political bribes to the earliest financial schemers. As a result, General Dynamics established the first business ethics office in 1985 to crack down on this kind of activity, and other companies created ombudsman positions to help ethics officers identify and prosecute corporate ethics violators.

In any organization, sound moral, business, and financial practices must be followed at all times. No one is above the law or has special privileges when it comes to ethics. Decision making needs to happen with corporate governance in mind. According to Michigan State University, the six steps to ethical decision making are:

Establishing a Code of Conduct

To educate and guide others in the organization, a set of ethics, or a code of conduct, should be developed and distributed. Kimberlee Leonard, who writes for the Houston Chronicle, states, “A code of ethics is important for businesses to establish to ensure that everyone in the company is clear on the mission, values and guiding principles of the company.” While it takes some time to create a code of conduct, the ideals involved should already be present in the company’s culture.

The elements that belong in a code of conduct, according to Kimberlee Leonard, are:

Legal considerations. The business is a legal entity, and therefore all employees should be thinking about their behavior and how it could easily turn into a lawsuit. Establishing conduct rules at this level can clear up any gray areas. For example, a company should define what sexual harassment is and what to do if an employee experiences it. New items that detail specific codes of conduct can be added as they come up.

Value-based ethics. These are specific ethics that dig under the surface of a corporate culture. A business should think about how it wants to be viewed by the community. Examples could be a commitment to green office practices, reduction of a company’s carbon footprint, giving a certain percentage of a company’s profits to the local food pantry to support the community, etc.

Regulatory ethics. These are designed to maintain certain standards of performance based on the industry. One example is a commitment to maintaining data privacy at all times, as it pertains to customer records. This element defines how employees are to handle sensitive data and what will happen if someone doesn’t follow the rules.

Professional behaviors. One should never assume that just because someone puts on a business suit and goes to work that he or she will behave professionally. Problems such as bullying, harassment, and abuse can happen in the workplace. Establishing behavioral standards for professionalism should include what is acceptable in the office, while traveling, during meetings, and after hours, when colleagues meet with clients and one another.

A good code of conduct is a working document that can be updated and shared as needed. Many companies include this document as part of their employee manual, while others use a secure intranet for displaying this information. No matter where it is housed, employees need to be educated on the code of conduct and refer to it often, starting on the first day on the job.

What to Do When Something Goes Wrong

It should be noted that along with a code of conduct, there needs to be a clear “whistleblower” policy in which violators are identified and action is taken. This process should be handled with complete confidentiality and sensitivity to the company and all parties involved. Retaliation should never be tolerated when it comes to ethics violations. The company should have a step-by-step plan of action for dealing with ethics problems at all levels, up to and including the executive leadership of the company. A third-party investigative firm can be used to handle such matters to remove the burden and influence that internal resources may have.

You have successfully joined our newsletter.